Apophenia won the fall 2016 Gallery 400 Lobby Competition, and was installed in the gallery's lobby for 14 weeks.

Apophenia refers to the phenomenon of perceiving patterns amongst random information. Foss describes the piece as “a data visualization animation that plays at a resolution of 56x42 and a rate of one frame per week.” A custom motion-tracking device, inside the black box mounted on the wall, counts the number of people passing through this lobby each hour. The average number of people per hour is calculated continuously through the duration of the installation, and the device assigns a highlighter color for each hour. The colors range from orange to yellow to green to blue to lavender to pink; orange representing significantly less than average traffic, pink higher than average. This current week’s totals are displayed on the screen below the count and color for the current hour. At the end of each week, using the device’s color assignments Foss fills in boxes on the grid mounted next to the box, filling the designated colors in positions of his choosing. 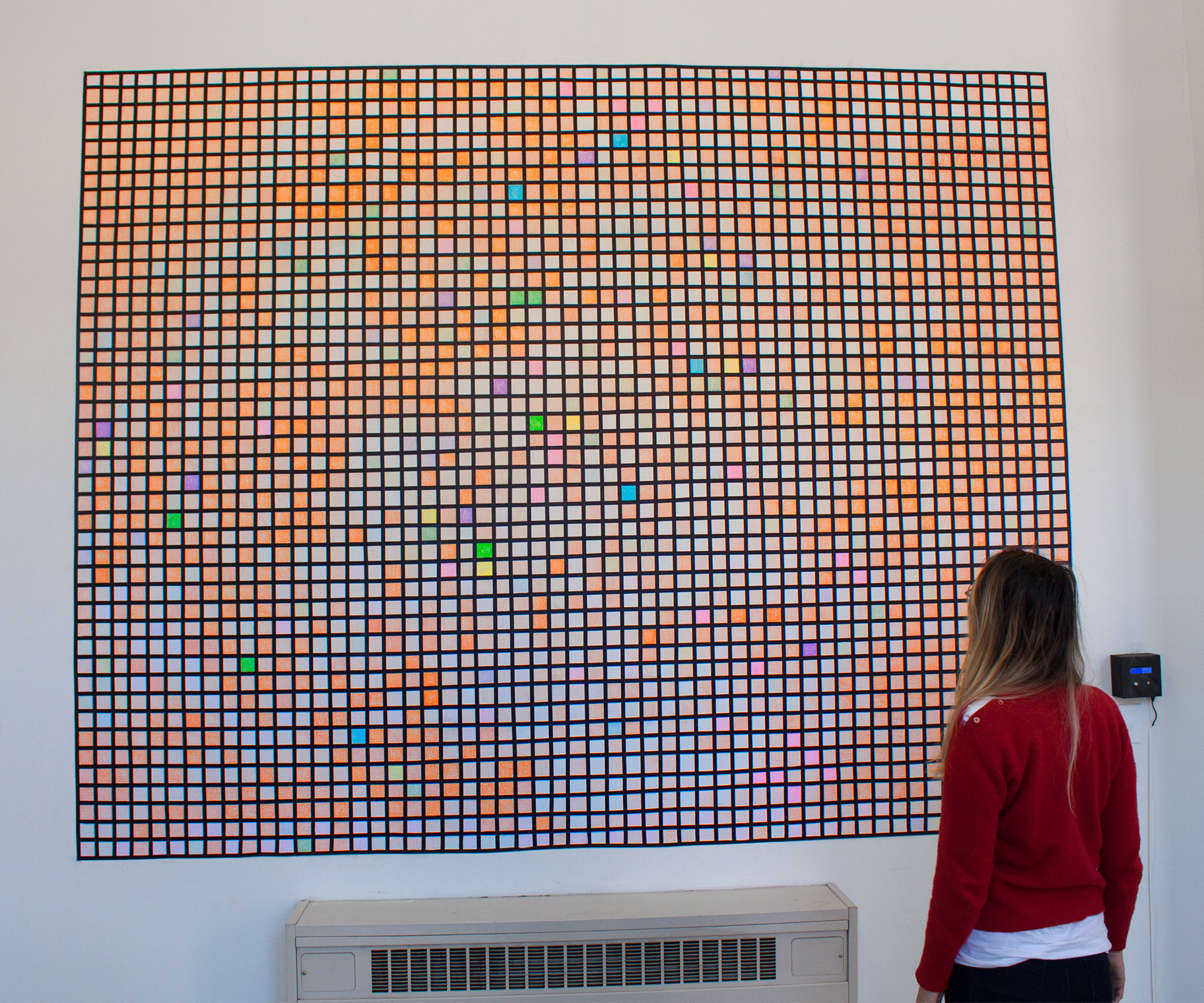